2-4 of October in Novosibirsk was held the twentieth anniversary of the championship of Russia on regball. The competition was attended by teams from 8 Russian regions, the cities of Krasnoyarsk, Novosibirsk, Ryazan, Rostov-on-don, Cheboksary, Kemerovo, Vladivostok and Perm. The team from Kuzbass Primorye and were debutants on these 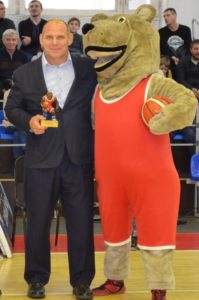 To congratulate realistov with a commemorative Championship came Alexander Karelin State Duma Deputy, honored master of sports of the USSR on Greco-Roman wrestling, the Hero of Russia, three-time winner of the Olympic games. Athletes and guests were welcomed by Sergey Semka, the Deputy Governor of the Novosibirsk region Sergey Ahps – Minister of physical culture and sports of the Novosibirsk region Andrey Cherepakhin – honored master of sports of wrestling, two-time world Cup winner and other officials.

In the final for the gold medal met the team of Rostov-on-don "Russian bear", Champions of last year's Championship of Russia and the team of Krasnoyarsk region "Roshinskii bears". In a tough and vibrant against the gold team of Rostov-on-don "Russian bears" managed to beat its rivals with a score of 11:10, having become the quadruple champion of Russia on regball.

In the semi-finals for the bronze were teams of Novosibirsk and Perm. Although the team of Perm "Bears Prikamye" played with a combined composition together with players from Yekaterinburg, they failed to beat the home team "Siberia". The team of the Novosibirsk region "Siberia" has won the bronze medal, defeating the rival with the score 16:12.

Interesting and exciting game was between the teams "the Bears of Prikamye" and Chuvash Republic for an exit from group. For this championship the team of the Chuvash Republic arrived with the youth team. Although the game was almost equal in both periods, but the end of the second period the team of the Urals managed to impose their game, the scoreboard recorded the score 16-17 in favor of the "Bears of the Kama region". 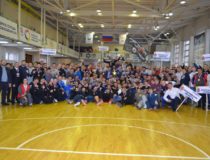 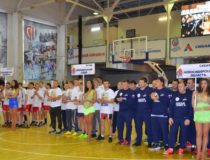 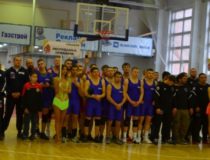 The winners received prizes and medals, and the Champions are still "the Gold Cup". All prize-winners and representatives of regional federations received a commemorative medal specially released to celebrate the 20 anniversary of the Russian regball.