Plans Kalinigradtsev – the creation of a strong Junior team on regball, players which will be included in the main part of the team “Teutonic order”.

In Kaliningrad prefer a beach regball – annually at the summer Festival of beach sports is Central to the tournament on regball on the coast of the Baltic sea.

Interest in regball in the Kaliningrad region was established after defeat in Kaliningrad, who took a resounding name of the “Teutonic order”, successfully performed in St. Petersburg and reached the final of the III championship of Russia of 2001. In the “Teutons” were mostly wrestlers – experienced athletes Alexey Shemarov Alexander Mosiychuk, Gleb Markelov. They and their teammates have become real “agitators” tranquility in the championship, forcing to speak about itself as about the daring beginner, advanced, and sometimes unpredictable team.

That preview their successful performance in a large regale was no accident Kaliningradians perfectly proved in 2004 in St. Petersburg, perfectly having played at the international tournament of memory of Konstantin Yakovlev and in 2005 in Tver at the VII Russian Championships, where she won a silver medal. REBOL in Kaliningrad

REBOL become more and more popular, it is played not only in Kaliningrad, but also in the area created rebolini team. Special attention in the Kaliningrad region are paying for the development of youth regola, the planned creation of a Junior team on regball, whose players will, over time, to enter the main team of the region “Teutonic order”. For this purpose, to take regbam is primarily attracted to boys who already have wrestling or basketball training. 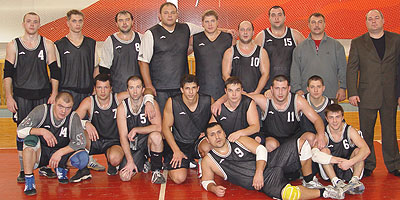 The Kaliningrad region has beautiful beaches on the Baltic coast and it is not surprising that the beach REBOL is particularly attractive. Annually, at the summer Festival of beach sports is Central to the tournament on regball on the Baltic coast, and in these competitions gladly involved youths from Poland and Lithuania.

Recently, the kalinigradtsev rarely took part in the Russian tournament, but is now intensively preparing for a triumphant return to the Russian stage and in the summer of 2008, four of the Kaliningrad team played the Cup of the Teutonic order on regball on the beach Amber. The wrestling team wrestlers went to the silver Cup deservedly so, after all this team is a team that plans to compete for the medals of the championship of Russia.